The Annual croquet match was held by Delabole branch for many years at the home of their Branch President Rear Admiral Alec Weir CB until his Crossing the Bar.
It has since been taken on by the St Austell branch and named the ADMIRAL WEIR MEMORIAL CROQUET TOURNAMENT.
It was held this year (2015) at the Cornwall Croquet Club at Porthpean St Austell on Saturday 5th September. Delabole branch won the trophy and were also runners up. Mrs Ann Weir, Admiral Alec's widow, presented the trophys. She in turn was presented with flowers by Shipmate Colin Armstrong the St Austell branch organiser.
The tournament coincided with what would have been Admiral Alec's and Ann's wedding anniversary. 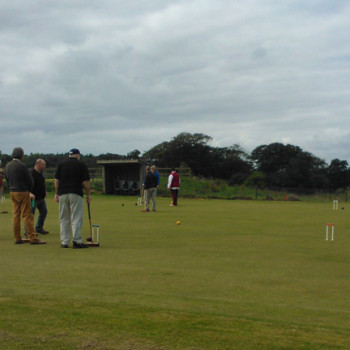 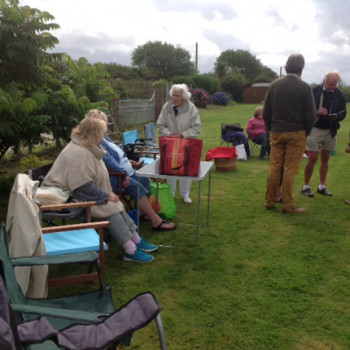 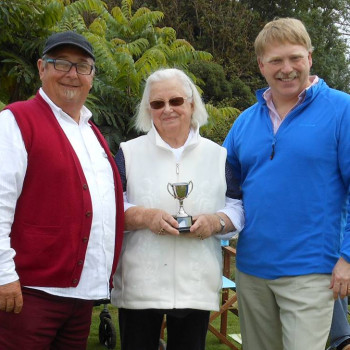 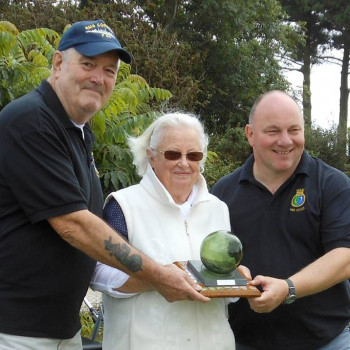 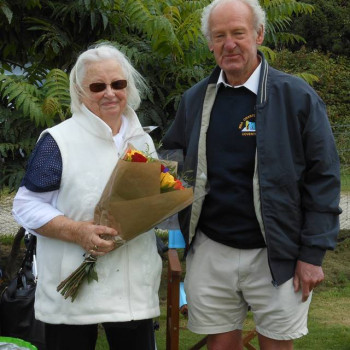