Sunday 16th August 2015  saw 6 members of the Chard Royal Naval Association present at the Burma Star Garden in Ilminster for the 70th anniversary of the end of WWII in the Far East.The Victory in Japan rememberance service was conducted at the garden as there had been residents of Ilminster involved in the campaign and whom returned to the town after the war. Mr David Asprey a resident of Ilminster and shipmate of the Chard RNA read a poignant verse written by an unknown Prisoner of War held in Changi Prison during the War. It read as follows,

'You can stand and view the road
Through the lines of rusty wire
The road that leads to freedom
And your hearts desire
You can but dream of home sweet home
And prey to God above
To help, protect and deliver you
Back to those you love
It does not help to be depressed
Or grouse on grouse keep piling
But with courage look on the bight side
And with your chin up, keep on smiling.

The last post was played by a member of Chard Concert Brass and a minute silence held. On completion of the service the 12 plus members of the public dispersed and went on their way. 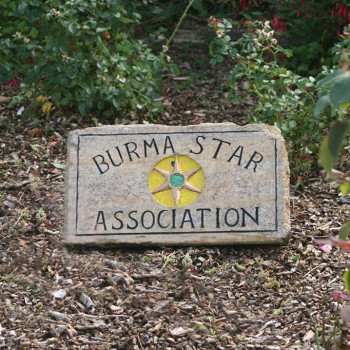 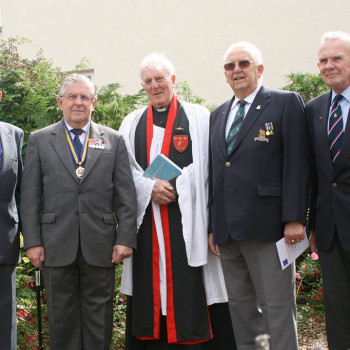 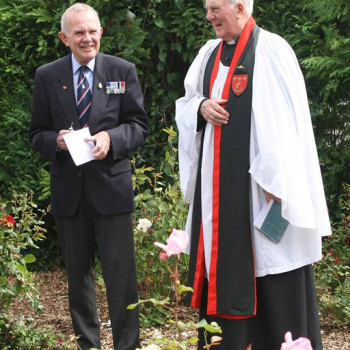 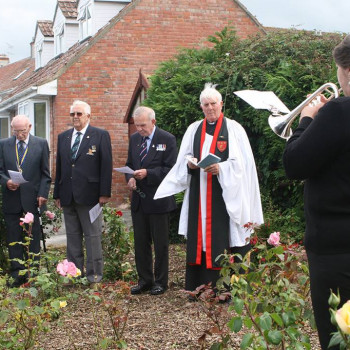 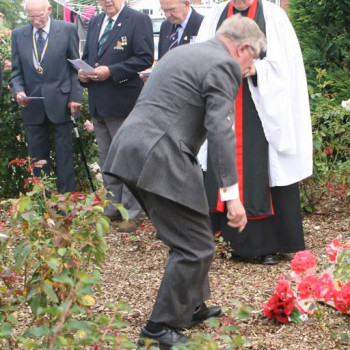 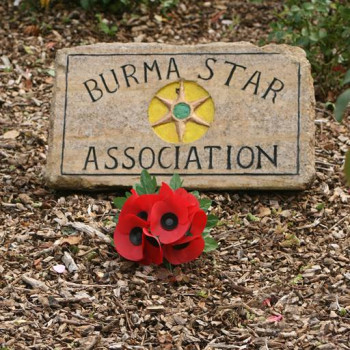 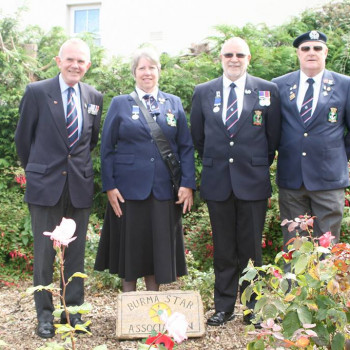