Chard branch held their annual Trafalgar Night and 29th anniversary dinner at the Lord Leaze Hotel in Chard on Saturday 22nd (the last one that the current chairman Sm Paula Moon will have an active hand in organising as she will be standing down as chair at the next AGM).
The event was, as always, well organised with many members spending time to decorate the venue and attended by it's members. The evening was only slightly marred by the fact that the Patron Commodore David Pond and his wife Lesley were unable to attend in the spirit of the event as David lost his mother to cancer the week before.
However the Chairman made up for the absence of David by giving a serious view of  events of the battle along with a humorous   rendition of  'Gunner Joe'.
The following day saw shipmates attend the annual Trafalgar Service at the church of St Thomas's at Cricket St Thomas and home of the Hood family. The church on this occasion was packed with members  of the public, family and friends and guests that were attending the Warner's complex adjacent. The branch standard was presented at the service by the Chard branch standard bearer Sm Malcolm Day with comments of smartness being given by numerous members of the congregation on their departure, 'well done Malcolm'.
On completion of the service many members went to the Cricket St Thomas Golf club were they enjoyed light refreshments of tea, coffee and banter. 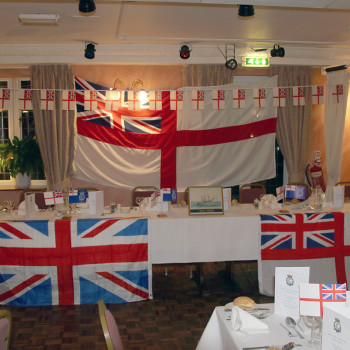 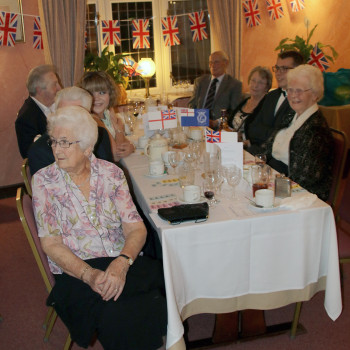 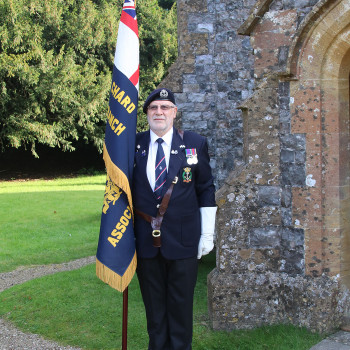 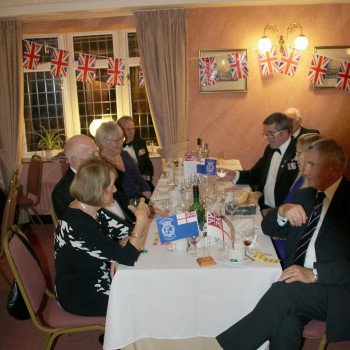 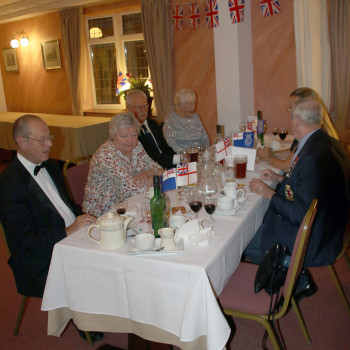