While the main focus of D-Day 75 commemorations moved to Northern France on the anniversary of the landings – 6 June 1944 – shipmates joined many hundreds of veterans, dignitaries and onlookers at the D-Day Stone on the seafront at Southsea.

A Royal Marines band featured in a parade along the Esplanade, while a parade of standards, led by the RNA National Standard, added colour to the proceedings before gathering at the memorial garden, close to South Parade Pier.

The National Standard was carried by S/M Bob Coburn on his last formal duty before taking on the role of RNA National Ceremonial Adviser.

The ceremony was organised by Portsmouth City Council and the Royal British Legion, and was led by the Rev Canon Bob White, vicar of St Mary’s Church in Fratton and recently-appointed Honorary Queen’s Chaplain.

Wreaths were also laid by officials and veterans’ representatives.

RNA Assistant General Secretary S/M Nigel Huxtable was on duty with his camera on the day, and a selection of his images is presented below. 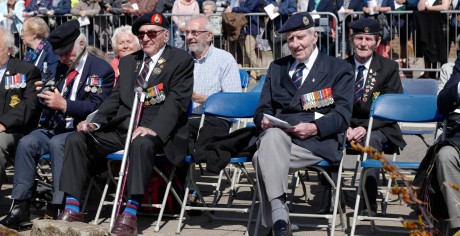 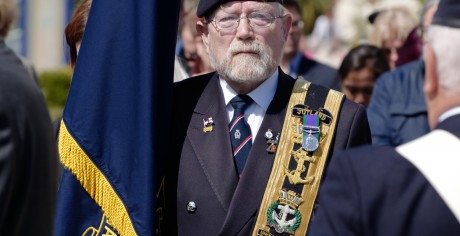 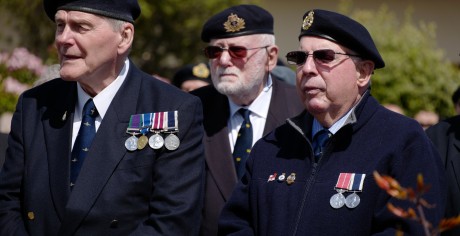 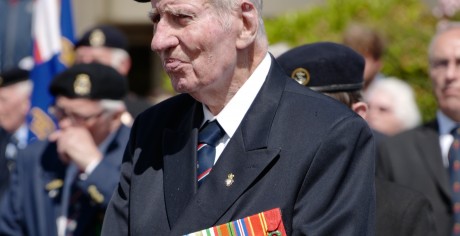 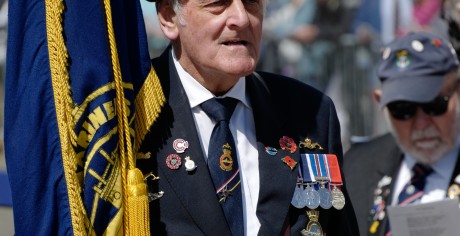 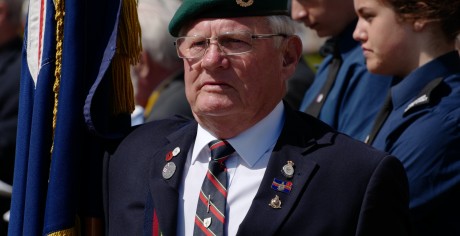 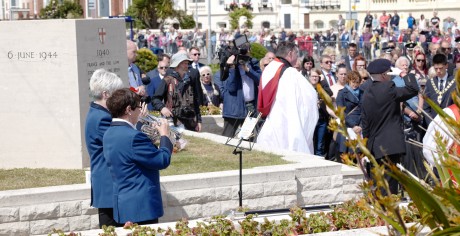 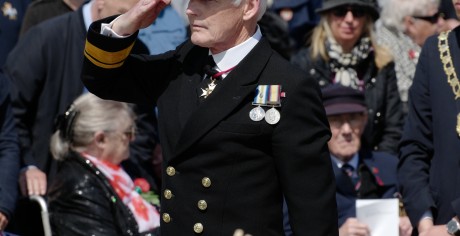 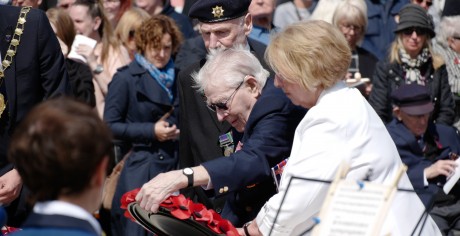 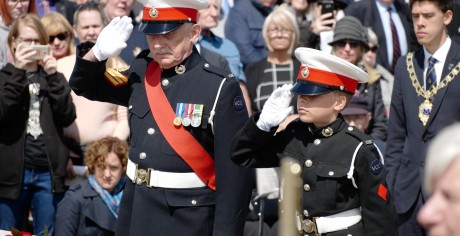 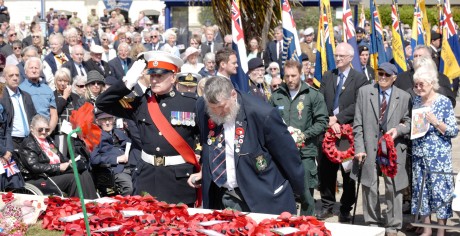 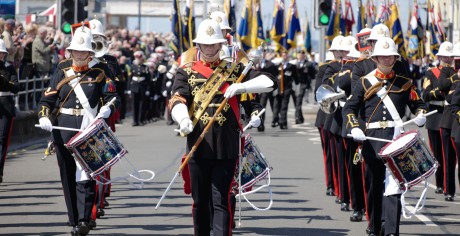 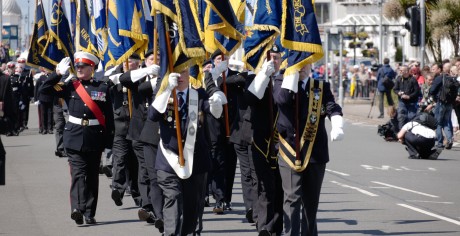 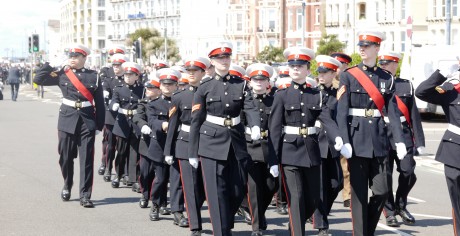 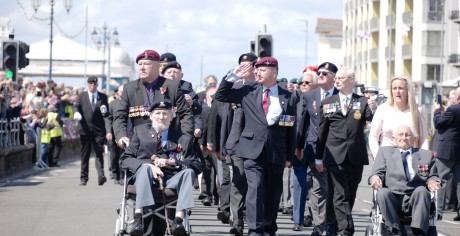