Lydney Branch Chairman, Shipmate Steve Gardiner, parading our Standard in his front garden in Bream at 1100 on VE Day morning.

Market Harborough Branch was contacted by Leicestershire Police and invited to take part in a video to be broadcast on the  Leicestershire Police Facebook page and also on U Tube on  VE Day.  Four members of our Branch took part along with members of the Emergency Services, NHS and Police.  The final results were very pleasing and we were delighted to be able to help.
I attach a picture of our oldest member David Hill.  He is 95 years old and to mark the two minutes silence he put on his blazer and all his medals to pay homage to his lost shipmates.  David was on Russian convoys at the age of 17, he served throughout the war and has been an enthusiastic and loyal member of or branch for many years.
Our Padre, Very Rev. John Morley held a low key  two minutes silence service at the town War Memorial, following instructions to conform with social distancing .
On a personal basis, after the two minutes silence in the road where I live, I distributed tots of rum to my neighbours and we toasted our victory. 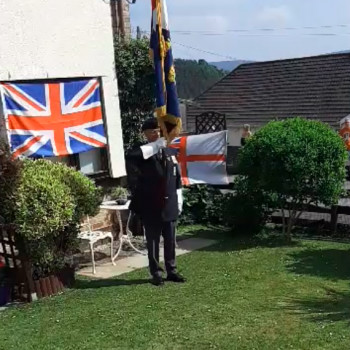 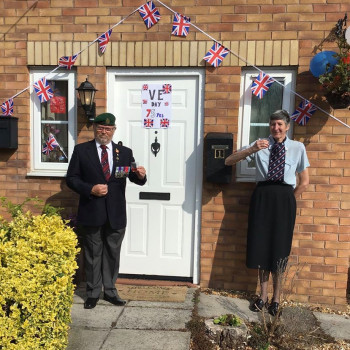 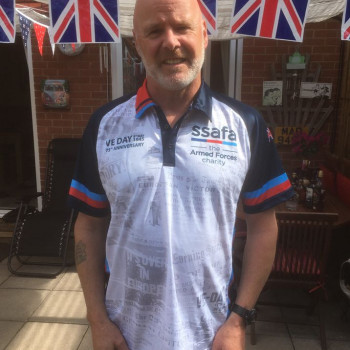 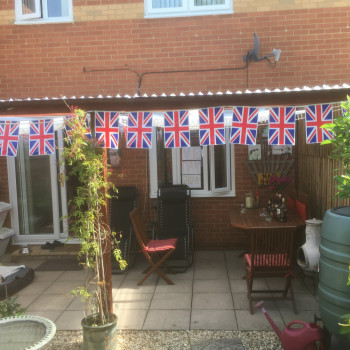 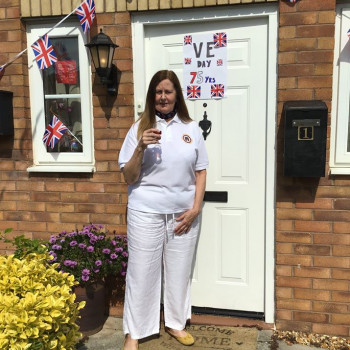 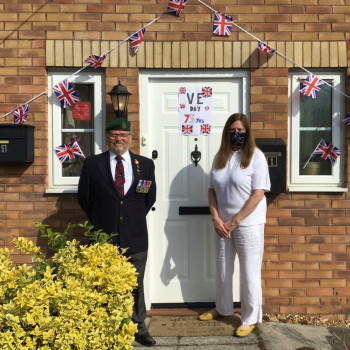 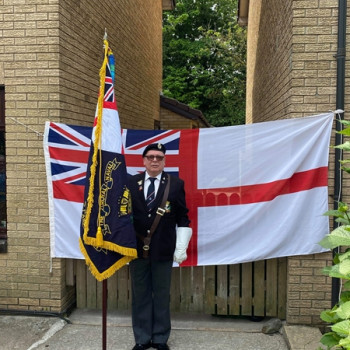 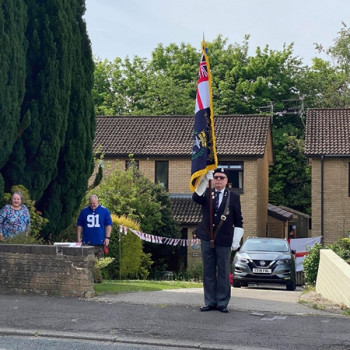 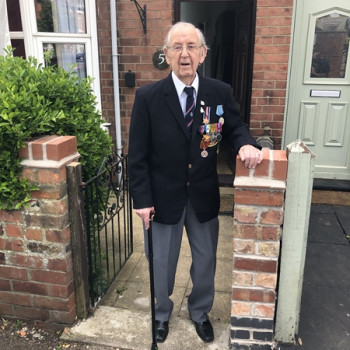 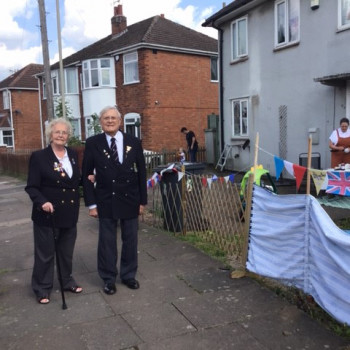 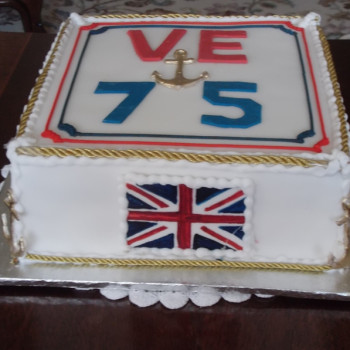 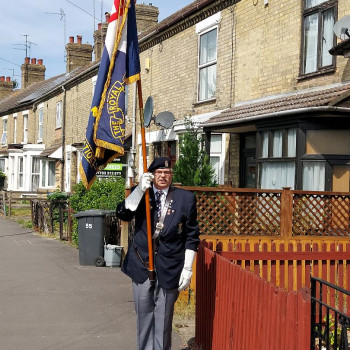 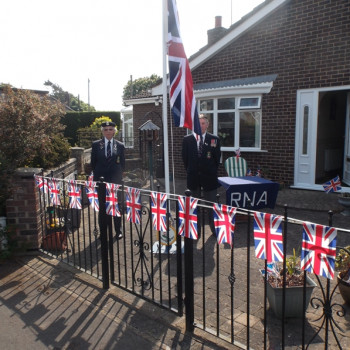 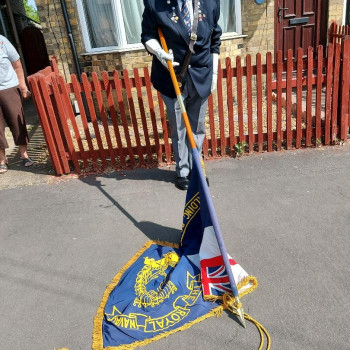