RNA National President Vice Admiral John McAnally and General Secretary Capt Bill Oliphant took part in a simple wreath-laying ceremony in Portsmouth this morning to mark VE Day 75.
The two senior Association officers were paying their respects, on behalf of shipmates, to those who fought for the freedom of Europe in World War 2.
On the 75th anniversary of Victory in Europe Day, Admiral McAnally and Capt Oliphant – carefully keeping the required two metres apart because of the coronavirus pandemic – laid their wreath at the Portsmouth Naval Memorial on Southsea Common and observed the national two-minute silence.
Across the country branch standard-bearers from the RNA and other Naval veterans organisations simultaneously took part in a ‘virtual parade’, a collective act of remembrance even though individually the shipmates had to parade in isolation, many in their gardens.
Central Office Pictures by S/M Nigel Huxtable 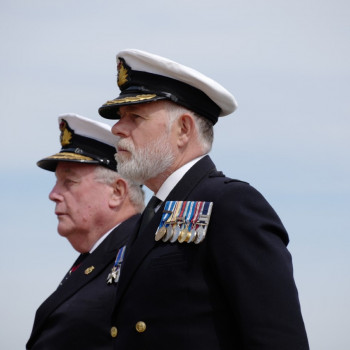 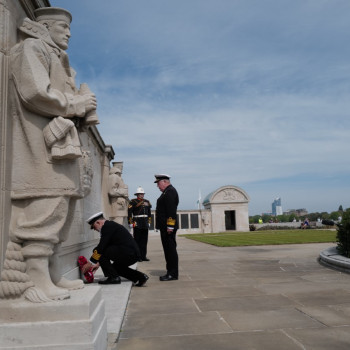 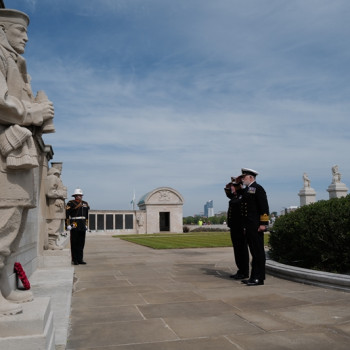 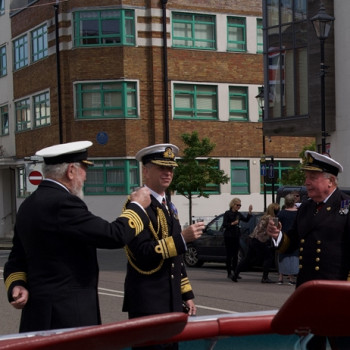 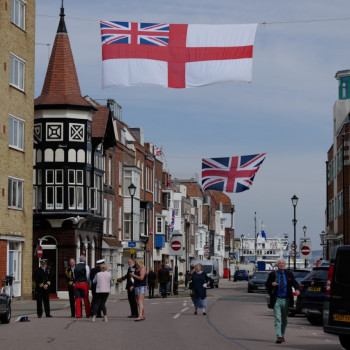