13 May: HMS Glasgow patched up after bomb attack

Gales that had blown up off the Falkland Islands abated by Thursday 13 May 1982, to be replaced by fog, allowing repairs to be made to Type 42 destroyer HMS Glasgow’s punctured hull – a 1,000lb Argentine bomb had gone straight through the day before, leaving two large holes just above the waterline.

Taking advantage of the calmer weather, Glasgow – which became known as ‘the luckiest ship alive’ – spent some time racing around in tight circles more than 60 miles of the coast of the islands, heeling her hull over one way then the other to allow plates to be welded in place, but a completely watertight repair could not be made.

The damage also meant the 42-22 combination trial had to be abandoned, at least for the time being.

This arrangement saw a Type 42 destroyer paired with a Type 22 frigate to allow long-range (Sea Dart on the 42) and short-range (the frigate’s Seawolf) surface-to-air missiles to be deployed ahead of the main carrier battle group.

But with HMS Sheffield sunk after an Exocet attack on 4 May, and now HMS Glasgow holed, Battle Group Commander Admiral Sandy Woodward had only one Type 42 air defence specialist ship – HMS Coventry – available to him.

Two more were on their way, but HMS Exeter was a couple of days’ sailing away, while HMS Cardiff had only just left Gibraltar, so Coventry had to be protected.

The 11th Mine Countermeasures Squadron – the five North Sea trawlers taken up from trade, HM ships Cordella, Farnella, Junella, Northella and Pict – sailed from Ascension Island on 13 May, bound for South Georgia.

And it was a busy day for the Royal Fleet Auxiliary – not an unusual occurrence on Operation Corporate.

HMS Onyx was the only diesel electric submarine of the Royal Navy to take part in the Falklands Conflict. 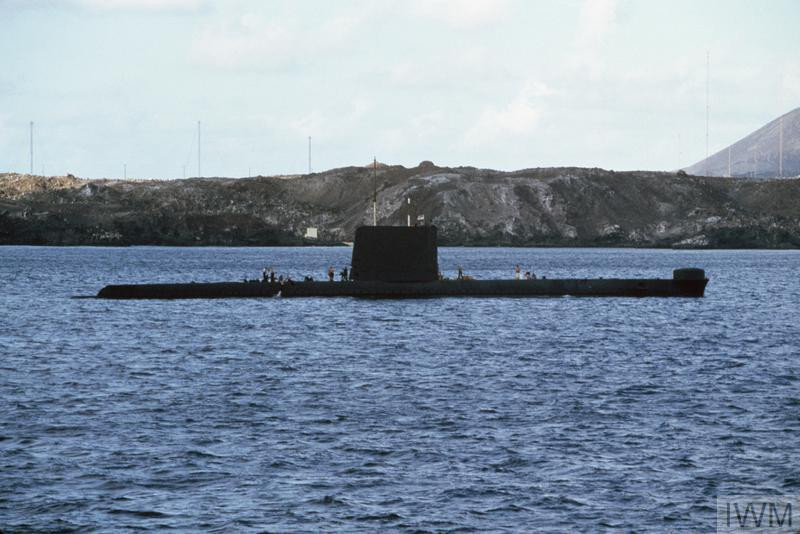