The ink might have dried on the Instrument of Surrender, and the fighting might have stopped, but on Tuesday 15 June 1982 there was still much to be done by British forces in the Falkland Islands.

The first troops into Stanley that morning were 2 Para, closely followed by 3 Para and 42 Cdo RM.

And it was the men of Juliet Coy 42 Cdo who had the honour of raising the Governor’s flag over Government House in Stanley.

This unit was made up of the Royal Marines of Naval Party 8901, the men who had been on East Falkland when Argentina invaded, and they used the flag that they had taken with them when they had been forced to lay down their arms some 74 days previously.

3 Cdo Bde remained in the capital while members of 5th Infantry Brigade headed back to Fitzroy, and the Gurkhas to Goose Green.

Assault ship HMS Intrepid was given the task of picking up Argentine prisoners of war from West Falkland, taking members of B Coy 40 Cdo RM to Port Howard where they disarmed around 730 men.

One officer from HMS Intrepid noted that the prisoners generally seemed cold, dispirited and in a number of cases badly malnourished; most seemed pleased to be heading home and they co-operated fully..

All 1,600 or so were transported back to San Carlos Water over the course of 15-16 June, and then transferred to the liner-troopship SS Canberra and ferry-troopship MV Norland for repatriation to Argentina.

Those captured or surrendering in East Falkland were housed in a temporary prisoner of war camp on Stanley airfield before being transported back home to South America over the next fortnight or so in Canberra, Norland, ferry St Edmund and Argentine icebreaker ARA Bahia Paraiso.

British commanders were keen to see the prisoners on their way as soon as possible as the requirement to feed them and provide shelter would put a considerable strain on the British logistical chain.

Among the vital tasks to be performed ashore after the ceasefire was the discovery and mapping of the extensive and mainly unmarked minefields laid by Argentine troops, particularly around Stanley.

The converted trawlers of the 11th Mine Countermeasures Squadron were busy too, successfully clearing a field of contact mines off Cape Pembroke, opening the way for task group ships to sail into Port William and Stanley Harbour. 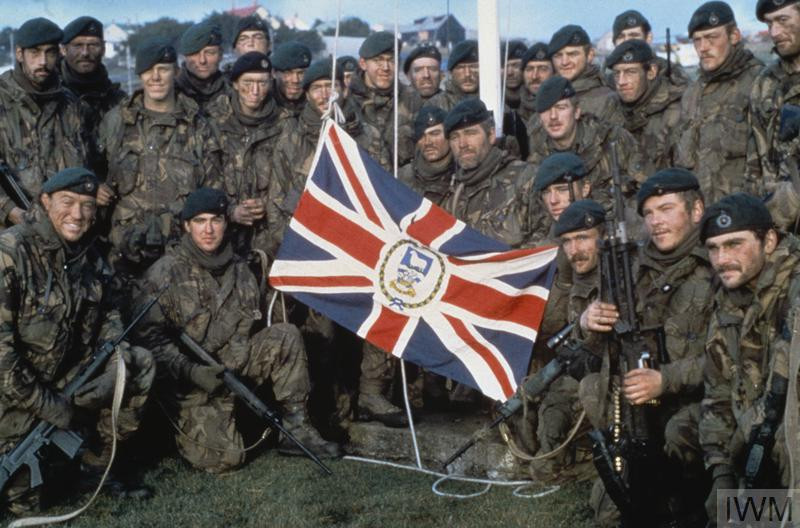