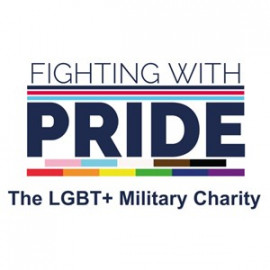 The Ministry of Defence has introduced a new policy to allow former Armed Forces personnel who were dismissed from service on the basis of their sexuality to apply to have their medals restored.

Former service personnel will be invited to apply for any medals forfeited due to a historic ban on being homosexual in the military which was not lifted until 2000. In some circumstances, the families of deceased personnel affected will also be able to apply.

The announcement from the Office for Veterans' Affairs today is long overdue, but a fantastic milestone in recognising historical mistreatments of the LGBT+ military community.

The Royal Naval Association will support any of our members, or families of those who have now cross the bar, effected by this historical mistreatment to apply to have their or their loved ones medals returned. If you would like support then please get in touch with our team in Central Office, who can help you with the process.

As an Association, we are committed to supporting Fighting With Pride in the fantastic work they do for the LGBT+ military community and promoting inclusivity in the Armed Forces.

This new initiative will also address those who were discharged because of their sexuality and lost the opportunity to regain medals previously forfeited for unrelated reasons.

It is hoped that correcting this historic injustice will bring some comfort to veterans and their families. The announcement underlines the MoD’s commitment to ensure it is an organisation that fully welcomes and promotes LGBT personnel.

“It is deeply regrettable that because of their sexuality some members of the Armed Forces were in the past treated in a way that would not be acceptable today.

“As a result of disciplinary action and their dismissal from service, some personnel forfeited medals that they had earned, and others were denied the opportunity of continued service that could have resulted in the restoration of medals that were forfeited for different reasons.

“I am very pleased now to be in a position to address this wrong and to invite any personnel affected or, in some circumstances, the families of those who are deceased to apply to have their medals returned.”

“LGBT personnel have and continue to make significant contributions to the Armed Forces.

“Today's announcement addresses a historic injustice and demonstrates that the military is a positive place to work for all who choose to serve.

“I encourage anyone who may have been affected to apply to have their medals returned.”

The department has worked hard to rectify the legal and practical issues surrounding this scheme. All applications will be reviewed individually by the Defence Council and, if approved, the MOD Medal Office will arrange for a new medal to be awarded to the claimant.

Work is also underway across the UK Government to examine and understand the wide ranging impact of pre-2000 practices in the Armed Forces in relation to sexuality. This will ensure that beyond the return of medals, the impact of this historical wrong is acknowledged and appropriately addressed.

“Today, LGBT+ veterans are finally beginning their journey back to the military family.  Fighting With Pride looks forward to a better future for them, where they are recognised for their service, their health needs are supported and they are recompensed for the wrongs of the past.

“We are also pleased to see the Government’s further commitment to investigate the long term impact of being dismissed from our Armed Forces, particularly in regard to the health, housing and employment of LGBT+ veterans, many of whom today still live in poverty and beyond the protections of the Armed Forces Covenant.”

“It’s wonderful news that LGBT+ veterans will finally be able to get their medals back. This move by the Ministry of Defence will go a long way in the righting the wrongs of the past and will mean a lot to so many LGBT+ people who proudly served their country.

“This decision from the Ministry of Defence shows the kind of difference bold leadership can make for LGBT+ people. It’s never too late for an organisation to apologise for historical injustices and show the steps they are taking to make things right. But for leaders of today, we urge you not to wait.”

This announcement comes as Defence celebrates LGBT History Month and reflects on the role of LGBT people in the Armed Forces over the last 21 years. A number of initiatives will continue to take place across Defence, including a session hosted by a:gender looking at the experiences of transgender and intersex people in the workplace, as well as training on the steps people can take to be a better ally with the LGBT community.