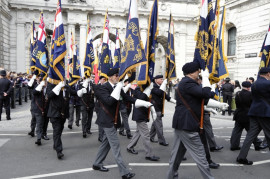 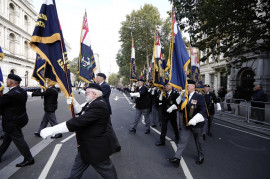 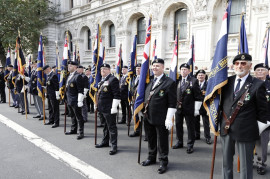 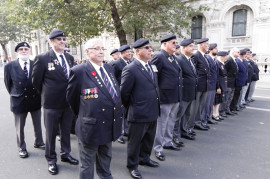 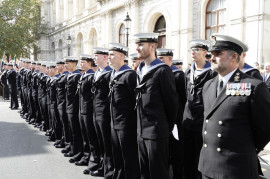 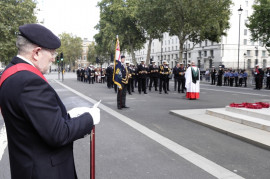 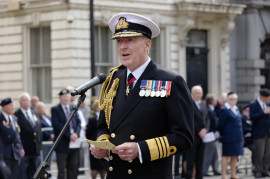 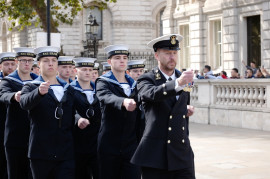 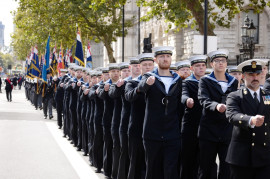 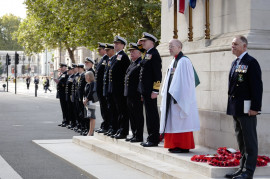 Featuring more than 50 standards, the parade set off from King Charles Street and along Whitehall before retracing the route to congregate at the Cenotaph.

A short service was led by the Chaplain of the Fleet, and honorary chaplain to the RNA, the Ven Martyn Gough, and the VIP was First Sea Lord Admiral Tony Radakin, who addressed the gathered veterans and supporters before dashing off to attend the Merchant Navy Association annual service at Tower Hill.

As well as a strong showing by RNA areas and branches, the parade also featured numerous ship associations and contingents from the Irish Naval Association and their Belgian counterparts.

There was also a platoon of serving Royal Navy personnel from HMS Collingwood and HMS Sultan,,Naval Reservists from London unit HMS President, Sea Cadets from the Flitwick and Ampthill unit TS Leopold Muller in Bedfordshire and a Naval Volunteer Band.

Following the official ceremony veterans, serving personnel and cadets enjoyed a social gathering over sandwiches, chips and other refreshments at the Civil Service Club, making the most of the weather as London basked in th sunshine.

For more images, see our gallery at https://royal-naval-association.co.uk/gallery/biennial-parade-sunday-8th-september-2019/