New HMS Pinafore is 'a triumph'

HMS Pinafore by the English National Opera at the London Coliseum – don’t be adrift, sign up now, writes S/M Lester May.

As a pusser, I clearly should have stayed close to my desk and never gone to sea, for then I might be ruler of the Queen’s Navy – but I failed on all three counts.

Not a pusser in sight on stage duty, this new performance of HMS Pinafore is no failure but it is most certainly a triumph.

This first-ever staging by the ENO at St Martin’s Lane, is well worth putting to sea for before it closes on 11 Dec 2021.

I was lucky to be a guest of the ENO for the opening night on 29 October, as was the Master of the Honourable Company of Master Mariners – there were two more performances the following day.

My Naval Reservist guest and I, with a glass of a cocktail called Tale of the Sea to hand, had great fun even before the curtain went up.

As with any first night in London, people watching was a treat, but I was very grateful that an elderly lady, in extravagant black costume and a beehive hairdo at least one foot high, was not in the seat in front of me!

The music and the libretto are both, of course, true to the original. The cast and the set – the quarterdeck of the ship, which revolves to show the stern of the ship and a little of ‘Spithead’ – are all as England Expects.

Les Dennis, as First Lord of the Admiralty, does well and hams it up suitably, but the rest of the ship’s company are reputable operatic voices.

The surtitles are excellent and really help with understanding the sung words.

The director has enormous fun with the set and with some of the actors, playing a number of related events for laughs – and the 1,500 attending on that Friday certainly laughed a lot, and quite right too.

No spoilers here, but look out for a cat (not just of nine tails), a seagull, a lady going for a swim, an old lady who is lost on the stage and anagrams – oh, and Toblerone too.  A well-known MP and PM makes a guest appearance…

Do, if you please, buy a ticket, buy a drink at the ENO’s bar and also some Toblerone (English chocolate would better help our economy, though!) and buy the programme (it has some excellent essays which give a flavour of the late-Victorian Navy).

Go and join the very good Captain Corcoran, Dick Deadeye, the gallant crew of British Tars and the Midshipmite for a happy night of fun, a ‘sod’s opera’ all at sea on the ocean blue.

And do tell your friends (and your sisters, and your cousins and your aunts) – it really is a jolly night out (face masks optional).

Young people near me were not at first certain the show was for them, so they told me, but after a short while, they soon realised it was a show that easily stands the test of time over the 140 and more years from the end of the Age of Sail, through the Age of Steam, through Oil and Water to Gas and Nuclear Propulsion …

The London Coliseum’s capacity is easy to remember, it being one minute to midnight – 2,359.

As I write this, 15 more performances of HMS Pinafore meant that some 35,385 seats were on sale – more than enough for all of today’s serving Royal Navy and the Royal Marines and the Maritime Reserves too!

The performance lasts 2 hours 15 minutes, including one interval, and tickets are on sale for as little as £10 (plus modest booking fee); there are affordably-priced tickets for those aged 21-34 – the ENO really is trying to reach audiences of all ages.

Tickets for the quarterdeck may be purchased in the Dress Circle for up to £160 and, for the lower deck, tickets in the Stalls cost up to £160 too (plus booking fee, £2.25 per ticket).  A l’eau c’est l’heure! 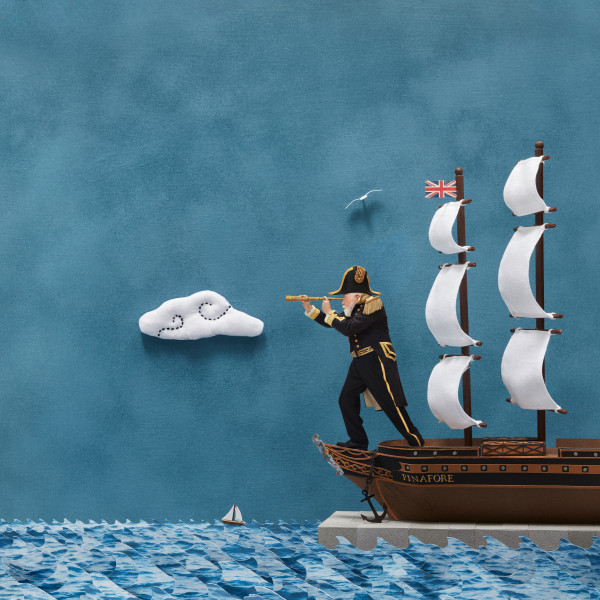 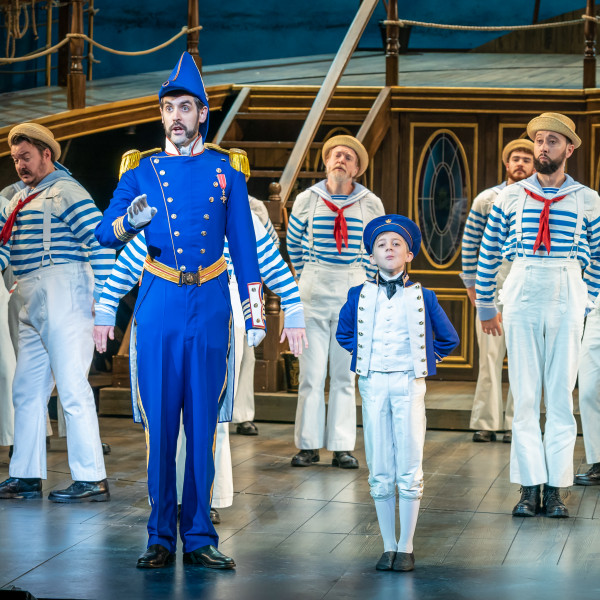 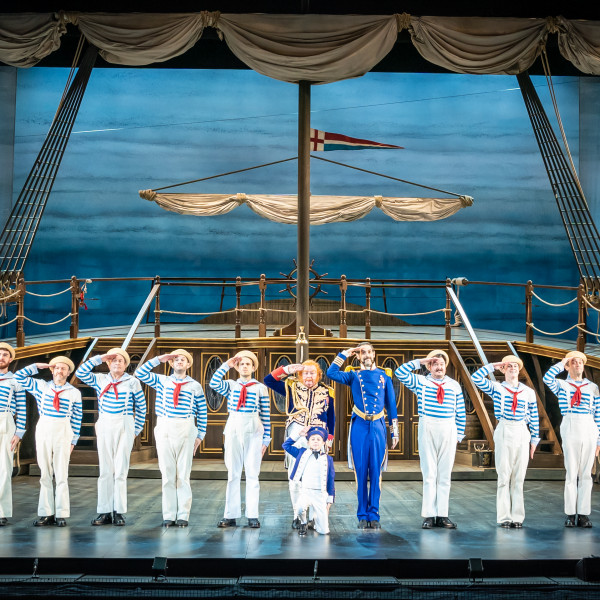 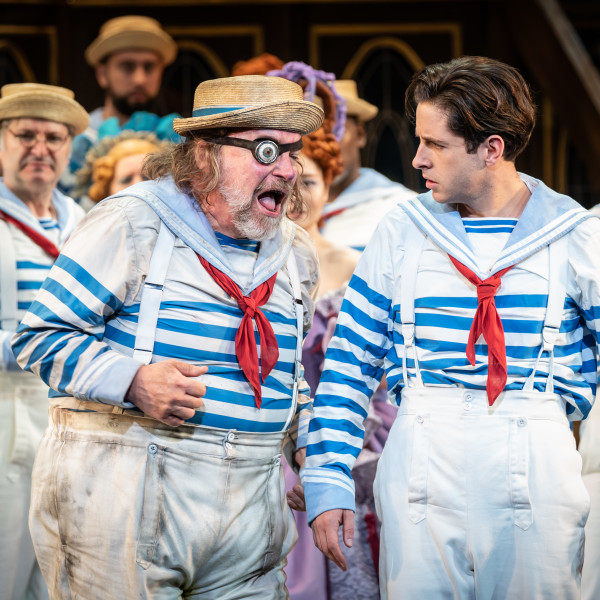