It was back in the Autumn of 2018 that the long-awaited Silent Soldier and Sailor silhouettes were positioned in place across Christchurch in Dorset. Members of the Royal Naval Association (RNA), alongside colleagues from the Royal British Legion and Royal British Airforce Association paraded their standards at a short service of dedication and thanksgiving.

The event took place at the location of the Silent Sailor which is sponsored by the Christchurch & District Royal Naval Association. They were joined on Barrack Road Recreation Ground by the Mayor of Christchurch Lesley Dedman and many more residents.

But in July 2019, a mindless act of vandalism to the memorial absolutely devastated the members of The Royal Naval Association, the other Associations involved and the wider community of Christchurch.

Christine Payne, public relations officer for the Royal Naval Association Christchurch branch, said: “Someone told our chairman and he was utterly shocked and devastated. He was horrified to find the head of the sailor had been taken off and there was no sign of it.

“Staff from the council came to the area and did find the head in one piece. The team at Penton Motor Group have offered to try and repair it free of charge.”

Ms Payne added: “Our members are absolutely devastated because our funding is hard-earned. The money does not come easily.

“We put together £250 to have the sailor erected and we had quite a nice service to mark this. It is just so disrespectful when you think it was to commemorate people who gave their lives or have seen horrible sights in conflicts. It just leaves a feeling of horror and sorrow but we are not going to be beaten on this just yet.”

The statue is part of the Royal British Legion’s Silent Silhouettes campaign, which has proved popular with communities across Dorset. However, as reported in the Daily Echo, several of them have been damaged.

In May, vandals decapitated a First World War Tommy statue in West Moors, in an act described as “abhorrent” by the parish council.

Andrew Cook, Christchurch Royal British Legion branch chairman, said “These statues are placed all over towns in Dorset and they have been vandalised in other places. I was shocked and saddened to find one had been desecrated in Christchurch.”

Mr Cook served in the Army for 14 years and said the timing of the act was troubling.

“I just question what goes through people’s heads especially when you think last year marked 100 years since the end of the First World War and this year was 75 years since D-Day- it is a very poignant time,” said Mr Cook. “This is quite a staggering incident.”

Heros to the rescue, Mr Bob MacKinnon, of Christchurch Men’s shed, www.christchurchsed.org & REMAP, www.remap.org.uk  made substantial repairs, replacing the head so that the ‘Sailor’ could be reinstated in its original position on the recreation ground off Barrack Road.

Sadly, the monument to the fallen only lasted 18 months before it was vandalised again. It was kicked off the plinth supporting the ‘Sailor’ and boot marks could clearly be seen on the body.

Rick Squibb MSM, Chairman of Christchurch & District Royal Naval Association has passed a huge thank you to Bob who has again pulled out the stops to make good the tribute to those who are dearly remembered. Bob has completed these repairs as an act of charity to the RNA. For which we are incredibly grateful. We would also like to thank the BCP Grounds Staff at the Christchurch Depot who came to our aid on both occasions rescuing the remnants of the damaged ‘Silent Sailor’.

The ‘Sailor’ has now been moved to a more secure, permanent location, where hopefully it can remain undamaged, on duty again to continue as a memorial to those who served locally in the Royal Navy in WW1. Now firmly attached to the wall at Portfield Community Hall in Portfield Road.

A big thank you goes to more hero's, Beth Richards, Portfield Hall Manager and Trustees & Management Committee for allowing the ‘Sailor’ to be displayed on the outside of the building; an apt location as the Christchurch Branch (RNA) holds their monthly meetings at the hall as do both the Sea and Army Cadets.

The regiment existed continuously for 111 years and served in the Second Boer War, World War 1 and World War 2. In 1946, due to distinguished service in World War 2, the regiment was retitled as the Royal Hampshire Regiment.

Many locals passing by and many young people on their way to and from the local schools see the ‘Sailor’. A local landmark, a tribute and a lesson in history to the young, so that they shall also never forget. 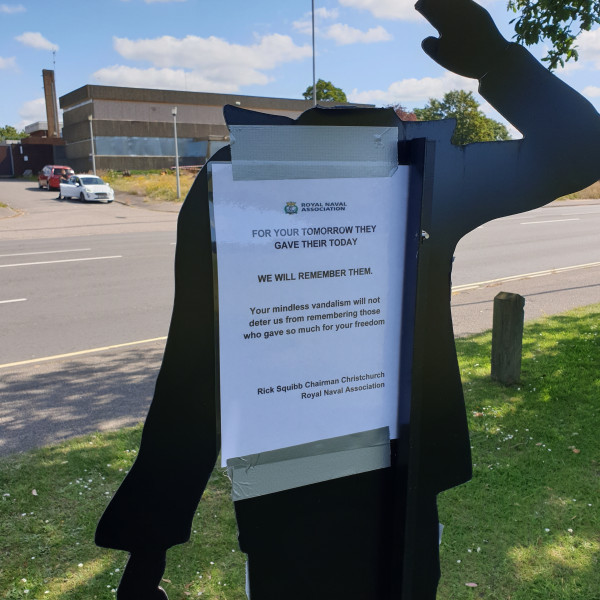 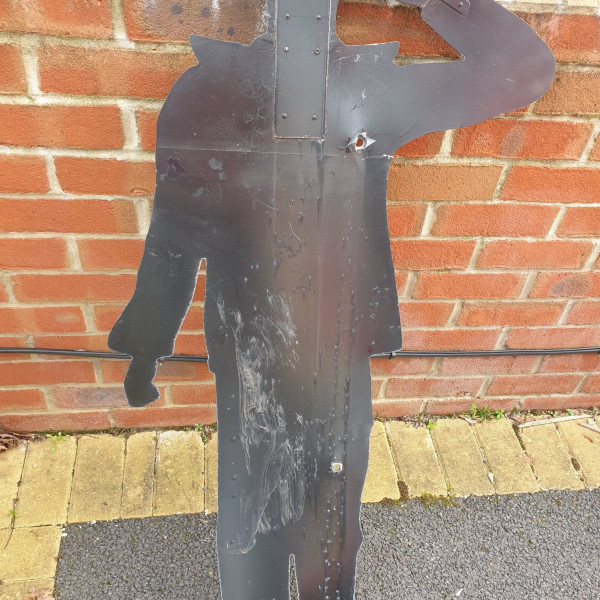 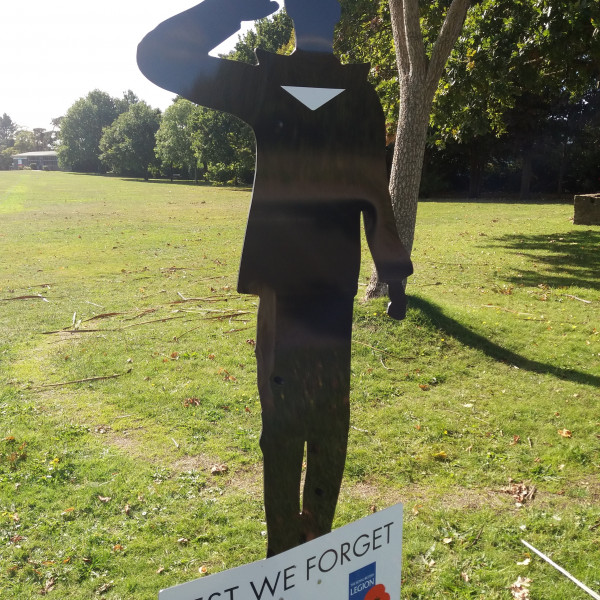