The Royal Naval Association (RNA) has organised a comprehensive programme of events over the coming weekend in Portsmouth to mark the 40th anniversary of the Falklands Conflict.

Members of the RNA – many of them veterans of the fighting in the South Atlantic – will gather in Hampshire for three days which carry the themes of Reunite, Relive and Remember.

Although the RNA was born out of World War 2, this year's Falklands anniversary provides an opportunity to commemorate and celebrate the huge effort made by the UK Armed Forces and their civilian support in retaking the Islands – a feat which was described by the USA as “militarily impossible”.

The conflict was sparked when Argentina’s ruling junta of military officers ordered the invasion of the Falkland Islands – a British Overseas Territory lying more than 300 miles off the coast of South America – on 2 April 1982.

British Prime Minister Margaret Thatcher was determined that the archipelago would be liberated, and a task force based around a Royal Navy Carrier Battle Group was assembled and sailed 8,000 miles to the South Atlantic to expel Argentine troops in an undeclared war that cost hundreds of lives on both sides.

Amphibious landings at the end of May under deadly air raids by Argentine jets put British troops ashore, and after a series of short but vicious land battles – involving Royal Marines, the Parachute Regiment, Gurkhas and Scots and Welsh Guards, amongst others – Argentine commanders surrendered on 14 June.

“Over the 74 days of the war the Royal Navy were at the heart of the response to the Argentinian invasion, liberating the islands on 14 June 1982.

“The opportunity to commemorate the sacrifice made by those who did not come back, and also to celebrate this amazing military achievement against the odds, is something for which we are grateful to our sponsors.”

Over the course of the weekend the RNA is planning the following:

·       Friday 17th June (Reunite) – The RNA’s Special Interest Groups will be gathering and putting on various events for their members to enjoy. This includes a cricket match, a day of golf, a classic car parade, a caravan and camping gathering and a motorcycle ride. This will be followed in the evening by a drinks reception aboard HMS Warrior in Portsmouth Historic Dockyard. At the same time, Portsmouth City Council has organised a reception at the city’s Guildhall for South Atlantic Medal holders.

·       Saturday 18th June (Relive) - In the morning the RNA will hold their AGM, which will be followed by a Falkland's Forum. Here speakers will be sharing their experiences of the Conflict, providing different perspectives to the war, and answering questions posed by an audience of more than 250 people. In the evening the Association is holding a 1980s-themed buffet dance.

·       Sunday 19th June (Remember) – The final day is centred around a commemorative parade, Royal Navy veterans will gather and march on foot to the Falklands Memorial by the Square Tower in Old Portsmouth to remember the serving personnel who lost their lives in 1982. This will be followed by a church service at the nearby cathedral and the presentation of the Freedom of the City. Final arrangements on the day may be affected by the weather.

Support will be available for those who find the commemorations reawaken painful memories of their time in the South Atlantic, or who lost friends or loved ones.

The Royal Naval Association is a membership-based charity that provides current serving Navy personnel and veterans of the Royal Navy with a community of comradery and support.

It allows members to attend events where they can socialise, reminisce, and make memories with their fellow shipmates.

They currently have more than 13,500 members and this figure is growing year on year.

The RNA is grateful to the sponsors of the weekend, without whom they would have been unable to put together such an ambitious programme.

The Royal Naval and Royal Marines Charity (RNRMC) has granted the RNA £16,000 to help fund these, for which the Association is “incredibly grateful”, said Bill Oliphant.

Other generous sponsors for the weekend include Gunwharf Quays, BAE Systems, Brooms (BPSL Accountants), Oracle and AW Shipping Ltd , to whom the RN extends its thanks.

Full timings, as they stand, can be found elsewhere on this website, in the June edition of the Semaphore Circular at https://royal-naval-association.co.uk/members/downloads/2022/ 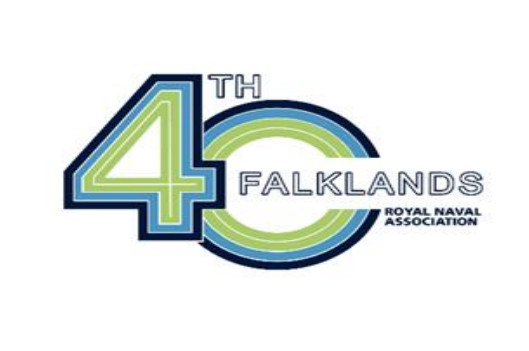