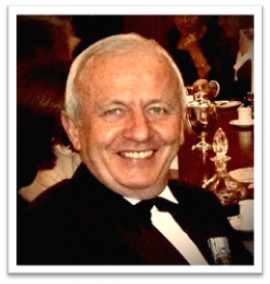 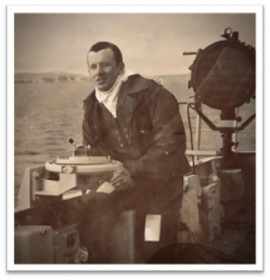 RNA is a family of current and former Naval Service Personnel, Relatives, and Supporters of our country’s Royal Navy.  Membership is free (as of January 2021).

Veteran members of the Rushden & District Royal Naval Association are planning to return to the Falkland Islands for the first time on the 40th anniversary of the 74-day undeclared War with Argentina (as it was known).

They include Paul McKay (pictured) who, back then, flew helicopters.  For a good 5 years of his life he flew in the South Atlantic and Antarctica, the most challenging flying of his naval career.

Paul said: “It started as no more than a diplomatic storm in a teacup over scrap metal workers landing on South Georgia but by Easter of April 1982, two countries went to war.  One country played a significant role in the economic development of the other and both had a keen competitive interest in rugby union, polo and football.”

The War was Britain’s last imperious frontier escapade, audaciously won on a battlefield 8,000 miles from home.  The fleet, a size not seen since World War 2, sailed at the start of an early British summer across the equator to the start of an Antarctic winter.

Our average age was 23 when we were sent to fight.

It was a desolate time, thousands of men travelling in various degrees of discomfort in filthy weather, 62 civilian vessels supported by 43 Royal Navy warships and 22 Royal Fleet Auxiliary.

On the British side 777 were wounded, 258 killed including 3 female civilians.

Diplomatic relations between the United Kingdom and Argentina were not restored until 1989 under a formula which put the issue of sovereignty to one side and established a framework within which further talks on matters of mutual interest could be held.

Paul said, “There will be a few ghosts to lay to rest from a close-run campaign in which we lost shipmates but our main purpose is to bring back a news story relevant to today’s Rushden & District community.  The RNA is a family, we are all about companionship, resilience, comradeship and unity to anyone and everyone, supporting them through life's highs and lows”.

RNA membership offers access to 270 branches across the United Kingdom  and Overseas where you will be surrounded by camaraderie and a lifelong Naval family, access to its welfare advice and signposting, lifestyle, travel, retail discounts and news from around the membership and wider Naval Service.