Shipmates from Rushden and District RNA branch – including veterans of the Falklands Conflict – are planning a series of charity fundraising events ahead of a 40th anniversary visit to the South Atlantic islands next April.

One of several planned events is a yomp of 74km (1km for each day of the conflict) on the weekend of 20-22 August to raise money for the Falklands Veterans Foundation (FVF) and Liberty Lodge, the first UK charity for Falklands veterans and their immediate families.

‘Yomp’ is a Royal Marines term for a long-distance march carrying full kit – a term which gained wider understanding after the conflict and now also covers challenging (non-RM) walks/hikes/marches.

This particular yomp starts in Rushden and passes through Northampton, Kettering and Wellingborough before finishing back in Rushden.

Veterans and supporters plan to visit as many villages and war memorials as possible en route, including a service of commemoration for all those who died in the conflict, which will be held at the memorial for Northampton-born Naval aviator Lt Cdr John Eyton-Jones, of 801 Naval Air Squadron, at St Peter and St Paul Abington Church on Friday 20 August at 5pm.

S/M Maurice Weight, organiser of the Falklands 40th Anniversary visit, said Rushden-based veterans are mostly in their 60s now, and include former Royal Navy sailors, Royal Marines and a Falklands veteran and his son.

Five of the branch’s veterans paid a visit to Plymouth during Armed Forces week in June to launch the fundraising initiative.

One of the five was S/M Paul Mills, who was an 18-year-old WEM(O) when he joined Type 21 frigate HMS Avenger, which was rushed through a works package in Devonport to prepare for sea.  Avenger sailed after a short work-up, arriving the Falklands 15 days later.

Paul said: “It was appropriate that the veterans return to Plymouth, the home port that they all sailed from in the Easter of 1982, to launch today’s charity fundraising appeal”.

S/M Frazer Warner, son of veteran Philip Warner – a veteran who also served on HMS Avenger during the Conflict – was not born in 1982.

He said: “My father, an MEM(L), sailed 8,000 miles to the other side of the world, at age 18 years, to fight over a group of islands with little strategic value in the South Atlantic.

By visiting the Islands, Frazer hopes to bring the events of 40 years ago to a present-day generational understanding.

Plymouth Gin is supporting the fundraising initiative, and hosted the veterans at its historic distillery on the Barbican.

Launching the charity walk fundraising appeal, veterans spoke of the work of the FVF, the first UK-based charity for Falklands veterans and their immediate families, which is committed to providing a network of support and direction for those in need.

S/M Paul McKay said there are many Falklands veterans who continue to battle post-traumatic stress disorder (PTSD), triggered by the conflict – Paul himself is a past sufferer.

In total 255 British personnel and 649 Argentinians lost their lives, and speaking from personal experience, Paul said that decades later, veterans are still dealing with the scars, both physical and emotional.  The charity helps to support those who have lost their way in life.

Veterans are affected in different ways depending on what memories they have and what happened to them. 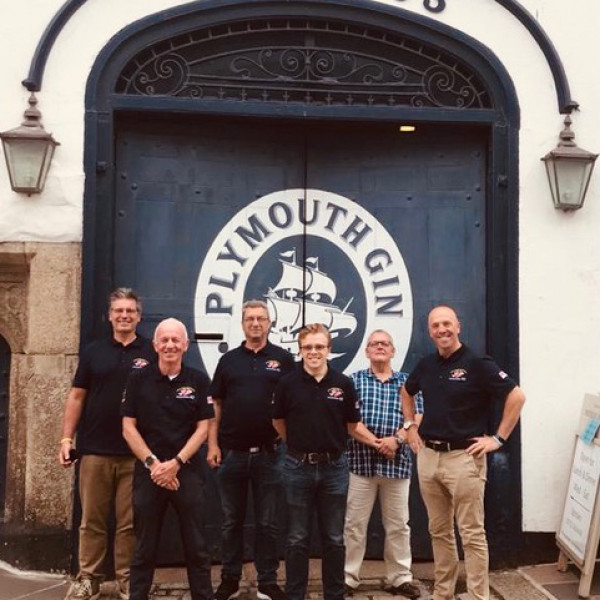 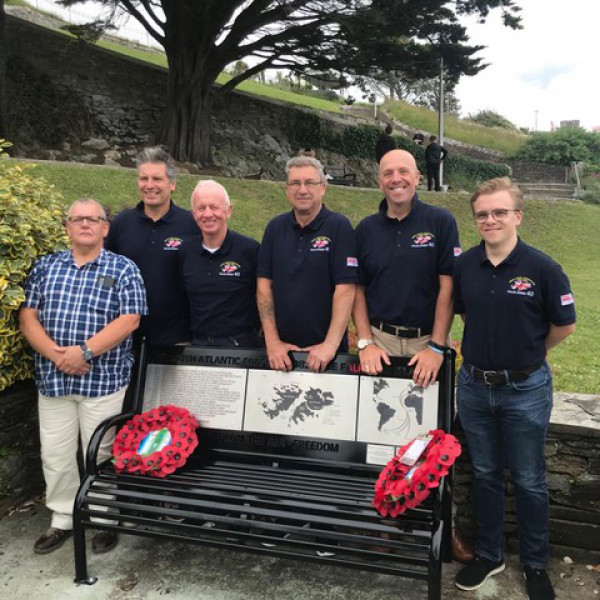