Richard Hyslop from Falkland House representing FIG remarked “2022 marks the 40th anniversary of the liberation of the Falkland Islands.  To the islanders there will be celebrations to reflect on the achievements that have been made with a hard won freedom and to look forward to the next 40 years of life in the Falkland Islands.  To the veterans who fought in the 74-day war to liberate the Islands from Argentine occupation, there will be celebrations to commemorate the sacrifices made in 1982”.

The relevance of civic engagement to next year’s Falklands 40 commemoration was noted by the Mayor of Rushden who said, “the Royal Naval Association and the Royal British Legion are very active; despite Rushden being a landlocked community, miles from the sea, our community benefits from the role that the military veterans play in raising funds for charities”.

Paul McKay and Paul Mills, Falkland veterans from Rushden sailed from Devonport in 1982 on different ships for naval exercises which were to become a war.  McKay said, “We came back with a label which we proudly carry to this day – a Falklands veteran”.

The veterans ‘yomped’ 74km across Northamptonshire in August (one day for each day of the fighting) to raise £2,600 for the Falklands Veterans Foundation (FVF) charity that will provide support to Falkland veterans and families.  Next year the veterans will visit the Falkland Islands for the first time in 40 years.

Shipmate David Hawker, an artist and well known resident from Rushden presented a painting to Plymouth Gin depicting the history of the Black Friars Distillery, the Mayflower Pilgrims and the Falklands connections.

The Mayor of Rushden said “this weekend is very special to the community of Rushden and Plymouth because the whole of UK should be behind the sacrifice our veterans made in commemoration of all the people lost and still serving in the South Atlantic.

As sunset fell Gimlet's were sampled, originally a cure against scurvy but has never been sexy – it’s long been adopted as a sipping drink by the cocktail drinking masses and on this occasion a fitting naval traditional toast to all the Falklands veterans who didn’t make it back to port. 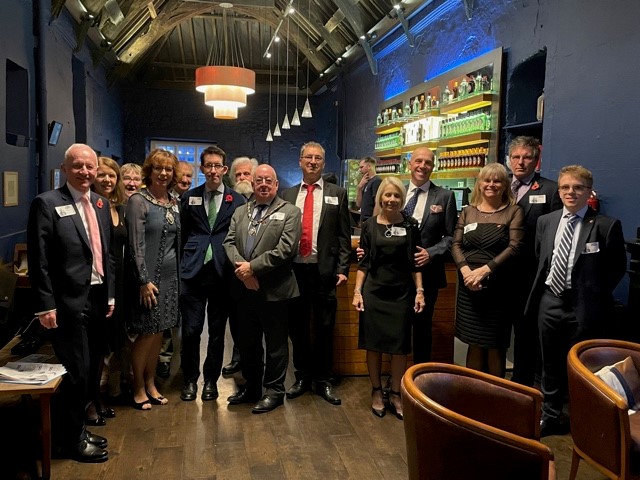 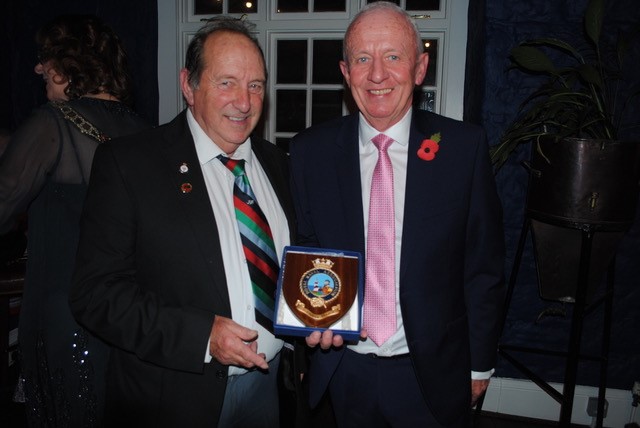 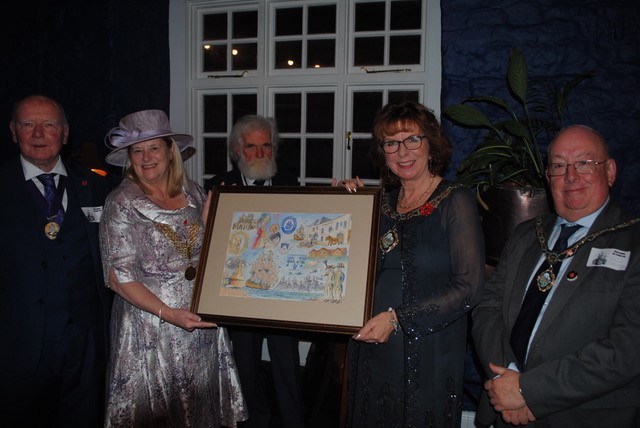 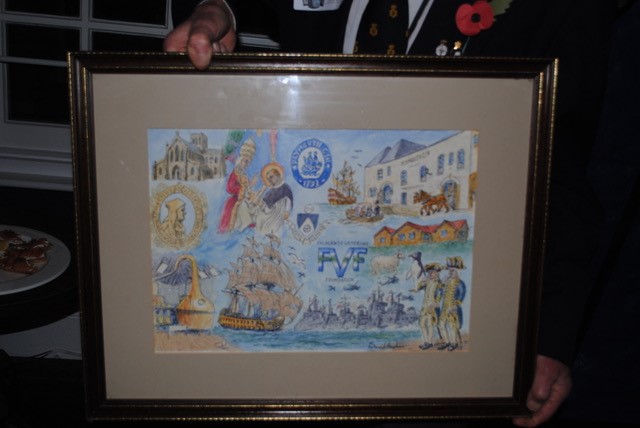