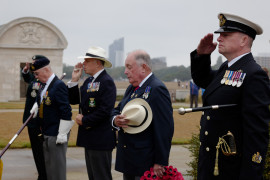 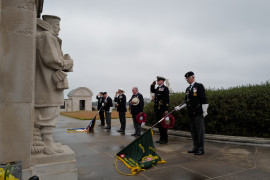 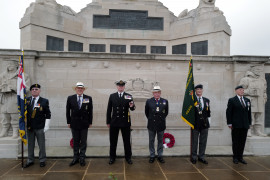 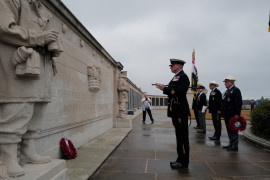 TO MARK the 75th anniversary of the end of World War 2 the Royal Naval Association (RNA) is offering free membership to all veterans who served in His Majesty’s Naval forces between 1939 and 1945.

The ‘youngest’ of these sailors will now be in his (or her) early 90s, and a fair few already enjoy the comradeship and support that comes with being part of the premier Royal Naval veteran’s association.

In keeping with their motto of ‘Once Navy, Always Navy’, the RNA are taking this opportunity to welcome more wartime matelots on board, strengthening that golden thread of history and community that runs throughout the Senior Service.

RNA General Secretary Capt Bill Oliphant said: “As a community built around the service of Naval personnel past and present, we have an ongoing commitment to support veterans of all ages It’s especially important to us to celebrate and commemorate the achievements of those remaining veterans who bravely risked their lives at such a young age for the freedom of not only our country, but the global allies we were defending.”

“We are thrilled to be able to offer free membership to the Second World War generation. This has been a particularly difficult year for everyone, but none more so than the elderly who have faced increased loneliness and social isolation. We’re calling for anyone who knows of a Second World War Naval veteran to get in touch with us to bring them into the RNA family.”

It is estimated that the Royal Navy grew from around 200,000 officers and ratings, including Royal Marines, in 1939 to some 900,000 men and women by the final year of the war.

Sailors served from the Arctic to Australia, and the war at sea lasted from the first day (the sinking of the liner Athenia by U-30 on September 3 1939 was seen as the first action in the six-year Battle of the Atlantic) until the detonation of atomic bombs over Japan in August 1945.

The 75th anniversary of VJ Day is particularly poignant for Royal Navy veterans as many were members of the so-called ‘Forgotten Fleet’ – the British Pacific Fleet, that continued to fight the Japanese in the Far East months after the war in Europe was over.

For those sailors, there was no celebratory return to cheering crowds – when Japan surrendered on 15 August 1945, there was still much work to be done in terms of re-establishing  captured bases, returning prisoners of war to their home countries and helping shattered countries return to stability.

Some of these sailors would not have returned to a much-changed UK until two years after the end of hostilities.

Any veterans interested in taking up the offer of free membership should contact the RNA on 023 9272 3747 for further details.

For those veterans who are already members, the RNA will waive all future membership fees from the date of renewal.