On April 5th 2016 fourteen shipmates of Ferndown Branch Royal Naval Association mustered at the Gangway of HMS VICTORY, in Portsmouth Dockyard, by kind permission of the Commanding Officer of HMS Victory Lt. Cdr Brian Smith, Royal Navy, to support three of their Messmates, Shipmate Bob Barnett (HMS Redpole), Shipmate Ron Cunningham (Landing Crafts) and Shipmate Charles Grant (HMS Nelson) who were to receive their Legion d'Honneur Medals awarded by the President of France and was to be presented by Admiral Sir Jonathon Band GCB. DL, former 1st Sea Lord in the Great Cabin on board HMS Victory.

The Ceremony was very moving with each recipient being taken into the Great Cabin and presented with his award individually. At the conclusion of all the presentations, The group were invited for coffee and biscuits in the WO & CPO's Mess this was followed by a full and detailed tour of the the Ship by members of the Ships Company 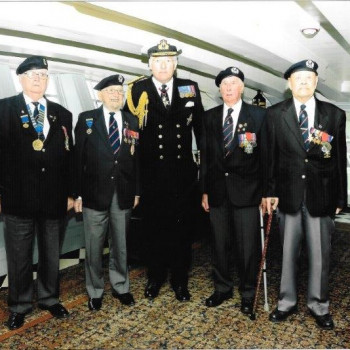 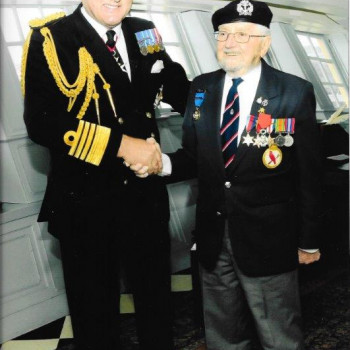 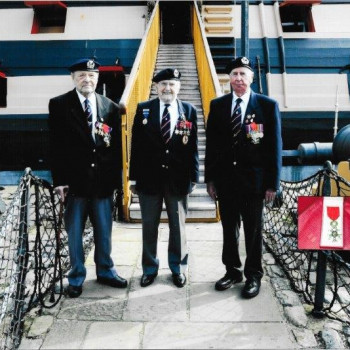 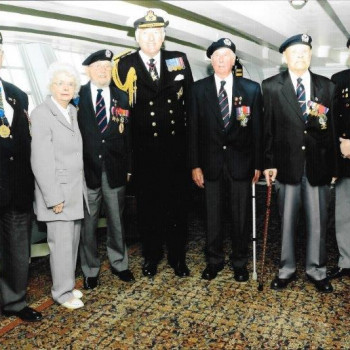 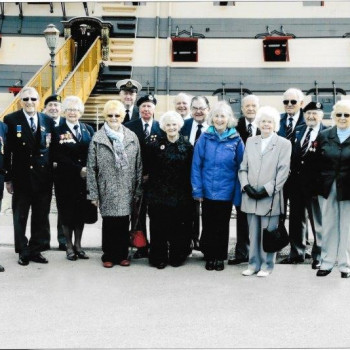 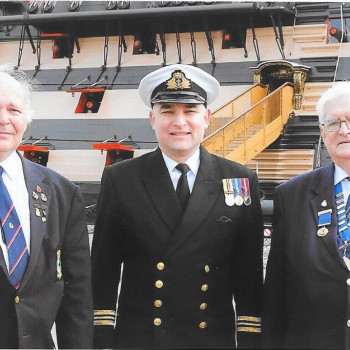