A service of remembrance at the US memorial  in Victoria gardens.  The service was led by the reverend Chris Briggs (his name tally is annotated Chris the Sin Bosun). Cllr Sandy West our new Mayor welcomed the public who turned out in good numbers to attend the service.

A volunteer bugler from the Portland Sea Cadets and the Town crier provided the necessary musical accompaniment  to keep us in line especially when we had to sing the Star Spangled Banner!

Four standards were paraded one from as far afield as Yeovil, the town Mayor laid a suitable wreath and formal respects were observed.
It was sad to be informed that the reverend Eric Mitchel, a Normandy veteran was not able to attend this year.

Following the service we adjourned to the local bowling club pavilion for much needed refreshment. 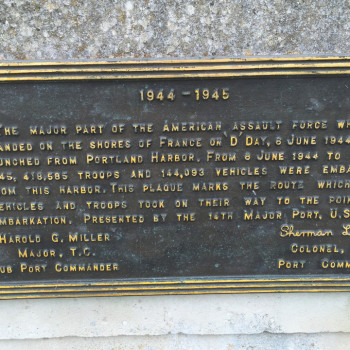 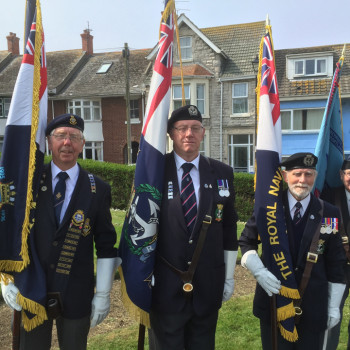 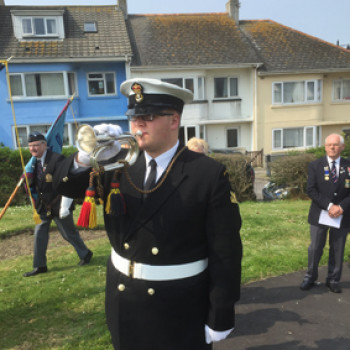 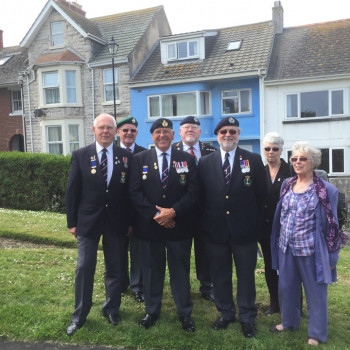