In the early hours of Monday 7 June 1982 a group of Welsh Guardsmen were enduring a miserable 35-mile journey by Landing Craft Utility (LCUs) into the Port Pleasant area, having transferred from assault ship HMS Fearless off Lively Island, halfway along the south coast of East Falkland.

Their comrades, for whom transport (in the shape of HMS Intrepid’s LCUs) had not appeared, there was a return with Fearless to San Carlos Water, and a transfer into Landing Ship Logistic (LSL) RFA Sir Galahad, ready to make the journey back to the Port Pleasant area – on the shores of which lay the settlement of Fitzroy and the inlet of Bluff Cove – that evening

Sister ship RFA Sir Tristram had also made the journey round the peninsula of Lafonia, arriving at Bluff Cove on 7 June with supplies for the 5th Infantry Brigade, including ammunition.

For British aircrew the improved weather of 7 June meant an intensive programme of shuttles, with men and equipment being moved ashore from ships and around East Falkland from first light until evening.

Argentina suffered another aircraft loss when two Learjets, on a reconnaissance mission over Falkland Sound and San Carlos Water, were picked up by Type 42 destroyer HMS Exeter’s sensors.

One Learjet was brought down over Pebble Island, at the northern end of Falkland Sound, killing its crew of five, but the other escaped back to Argentina.

Many ships of the British task force had taken a pounding from the South Atlantic over the past few weeks, and Battle Group Commander Admiral Sandy Woodward was acutely aware of the need for both carriers – the veteran HMS Hermes and the almost-new HMS Invincible – to undergo essential maintenance.

He decided to put Hermes (which was operating at a reduced speed) some 50 miles or so further to the east, further reducing the risk of air attack, to allow a thorough overhaul of her propulsion machinery and for her boilers to be cleaned – a task for a warship that was virtually unheard of in a combat zone.

The fact that her Sea Harriers and Harriers could now operate from a makeshift airfield ashore at Port San Carlos allowed the maintenance to go ahead, and once complete Invincible would be able to undergo her own spot of maintenance at sea.

P&O roll-on, roll-off ferry MV Norland left the Falklands on 7 June with around 1,000 Argentine prisoners of war on board; the North Sea ferry headed north for Montevideo in Uruguay.

Type 21 frigate HMS Alacrity also sailed from the Total Exclusion Zone, but the warship was bound for the UK as she had worn her main 4.5in gun barrel smooth because of the number of rounds she had fired in bombardments or supporting troops ashore.

As night fell the two big assault ships, Fearless and Intrepid, began to gather their various landing craft from around Teal Inlet (Fearless) and Bluff Cove (Intrepid), while frigates and destroyers carried out the nightly task of bombarding shore targets to keep the Argentines on their toes.

Type 42 destroyer HMS Cardiff, which was on duty off Stanley, detected an aircraft as it approached the capital’s airfield, but her Sea Dart system failed to engage and the unidentified aircraft carried on unhindered.

As all the elements for the final assault on Stanley by British forces were being put in place, the United Nations Security Council announced a peace plan on 7 June which was hoped would bring about a diplomatic solution to the invasion of the Falklands by Argentine troops 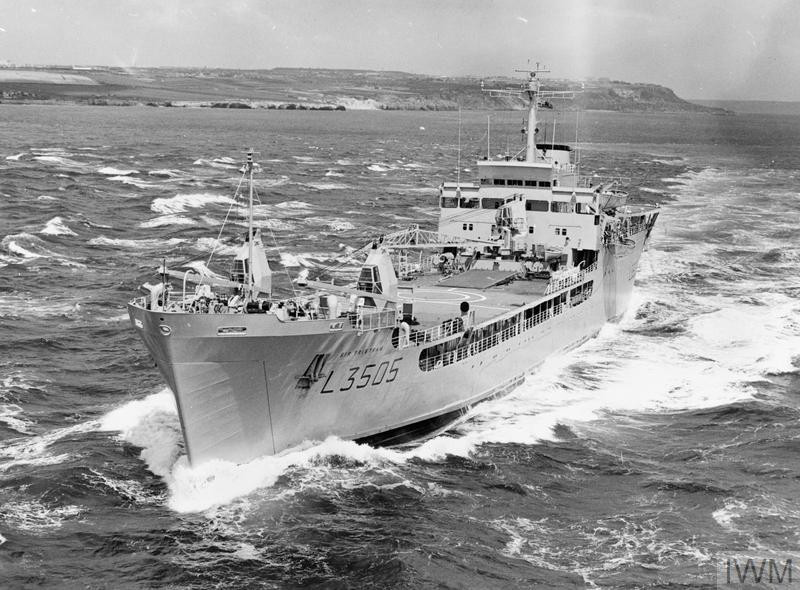