The RNA is privileged to receive the below Galaxy Message from the First Sea Lord in which he summarises future plans for the Royal Navy as unveiled in this week’s Defence Review announcement. There will be a dip in numbers of Frigates, Afloat Support Vessels and Mine Countermeasures capability as we, in 1SL’s vivid phrase, ditch the old to pay for the new. But there is a lot of good news too: such as further investment in submarines and the nuclear deterrent, overall Destroyer and Frigate numbers eventually rising to 24 with 3 new classes, upgraded and enhanced missile capability, F-35 aircraft for the Carriers, continued investment in the Royal Marines and multi role ocean surveillance ships. Overall Defence expenditure rises to 2.2% of GDP. There will be considerable investment in research and development and in the new areas of Space and Cyber. Overall, it seems to me a much better result than we might have feared after COVID. 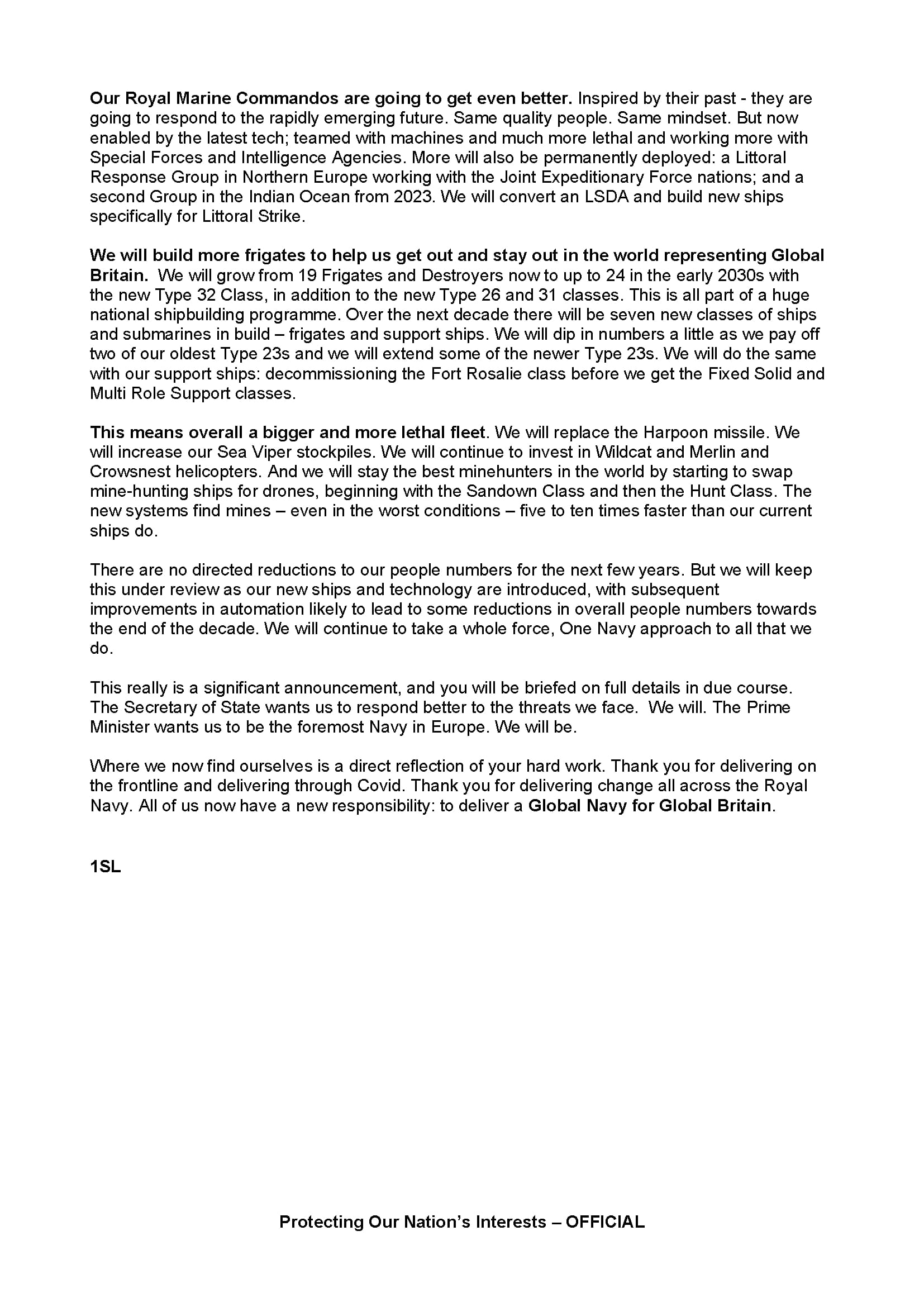