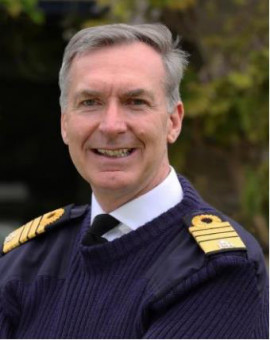 You will all be aware that the Royal Navy is going through a significant transformation programme, affecting every part of our business and reshaping us into a modern, efficient and united fighting force. A core theme of this work has been to reduce stove piping and segregation and ensure that we are one Navy, pursuing a common set of goals. You will already have seen moves towards this, including moving all fighting arms, except RM, under one 2* area and bringing Personnel and Training into a single Directorate.

As part of this, the Navy Executive Committee has agreed that, when speaking about the Royal Navy as a whole force, we should use the term “Royal Navy” rather than “Naval Service.” There is a strong public understanding of Royal Navy as a powerful, resonant and historic brand, in much the same way as our sister services use Army and RAF to encompass their full range of activities and elements.

This does not remove the separate identities of the individual components that make up the Royal Navy. The Regular Service, Royal Marines, Royal Fleet Auxiliary, Royal Naval and Royal Marines Reserves, Royal Navy Civil Servants, Naval Careers Service and QARNNS all continue to exist as distinct elements, and should be referred to individually as appropriate. However, when talking about all these elements together, they should be referred to as the Royal Navy rather than the Naval Service.

This change should serve to reinforce the Royal Navy brand, both in the public eye and across the rest of Defence and government, without reducing the importance and distinct character of its individual elements.